Collected in the Judith River Formation  of Northwestern U.S.A., this is a SUPER RARE top grade fossil dinosaur tooth from the ceratopsian dinosaur Avaceratops sp..  It is rare for two reasons - fossils of this certops dinosaur are highly uncommon and this tooth is with most of its root and possesses BLUE ENAMEL!!!  The cracks seen are stable age fissures and are not broken and re-glued pieces.  Avaceratops teeth are rare in the market, this tooth coming from an estate of the original collector who dug the area over 50 years ago.  The tooth shows natural feeding wear on a large crown.  Very rarely offered or found.

The name Avaceratops is in honor of the original discoverer's wife, Ava.  The first remains of this small horned herbivorous dinosaur were discovered only as recent as 1981 in the Judith River Formation of Montana, USA.  The fossil was published in 1986 and the name Avaceratops lammersi was assigned.  In 1999, a second skull was described.  The original fossil remains indicated a quadrupedal ceratopsian herbivore that would have only been 2.3 meters in length but the second skull was larger, indicating the size could have been 4.2 meters long.  Some say the first discovery was a juvenile.  In either case, scientists agree this is one of the smallest members of the horned dinosaur family. 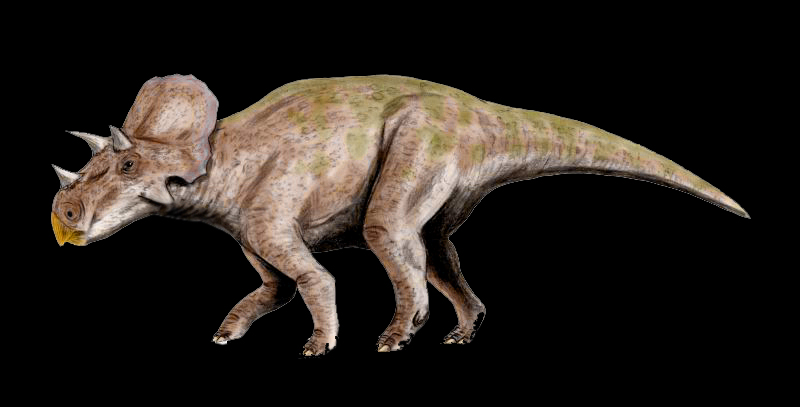